Brighter Worlds is a whimsical fantasy tabletop RPG with modular crunch. It is my attempt to bridge the gap between GMs (and players) who want minimal rules in fast, lightweight systems with players who want a more involved character creation, and fiddly rules to muck around with.

Each class (named Callings in this game) has it's own set of rules that (mostly) don't interact or involve anything else in the book. So each player only has to worry about the things on their own Calling's page. Each of the (currently) twelve Callings is designed to appeal to a different sort of player. Ranging from the Alchemist, for players who are constantly collecting every plant and animal part they find to mix together into potions. to the Cleric of Small Gods for players who prefer freeform magic systems over spell lists.

Contains 50 spells, fast, flashy and fleeting magic you can cast in a fight, along with 50 rituals which are slower, more complicated, and more powerful.

It is unfinished, currently at version 0.8.

Love the premise of the system! I didn't get to play it yet but here is some feedback from reading it:

I read it in ReadEra on Android and in the dark mode the white background of some pictures overlapped the text and made it unreadable. The two pictures on page 12 work as intended, so do whatever you did to those to the rest as well and that shouldn't be a problem.

You might want to rethink using the term water bender, as it feels dangerously close to copyright issues.

As for the actual content : I would allow to reroll 1s as a result from the Death table the first time they die and allow players to chose it freely instead. This way people that like high lethality will have it while keeping the rest of the group alive more likely.

I love how open the fluff text for Blessed of Water or Cleric of Small Gods is, I wish it was as open for other Callings (for example artificer or alchemist). Also it would be nice if they were organized alphabetically.

The cipher part of the Archivist's expert reader trivializes riddles, which I would dislike both as player and GM.

The Grimblade reads as if it is insanely strong (as said before, haven't played it yet). Combining from character creation on armor, a strong attack and the ability to cast spells. And the advanced abilities feel strong enough so that a Grimblade won't fall off later in the game.

I would have liked some examples, not necessary an exhaustive list, for the Cleric of Small Gods domains.

There are so many things I liked, from the artwork, to how things are written to mechanical implications, that pointing all of that out would be excruciatingly long. In conclusion: I love this and hope to see a finished version of this!

This is all fantastic feedback, thank you!

I honestly didn’t even know dark mode for pdfs was a thing, so I’ll have to look into how it works and how I can adjust to fit it.

Making the Death table optional is a good idea and easily done with a small change.

My own opinion of how good the “fluff” is from calling to calling is highly variable, so I think I’ll end up trying to do a rework of all of them at some point. This is good feedback to know what to aim for. Alphabetizing is also something that’s been on my list, but there are a couple wrinkles I need to solve first.

Agreed that the Archivist it can (and does, from my experience) trivialize some things. I’ll have to think on how to change it to keep the spirit but retain some puzzle challenges.

Grimblade is one of the, as of yet, untested Callings so it could easily be busted. I already had it earmarked as probably the strongest “go and fight things” Calling, but I’d like to see it at the table before I make big changes.

I do have example builds of each Calling planned, but having a small set of examples specifically for the more open ended Callings like the Cleric is a good call.

Overall, thanks! Not sure what of these changes will make it into the next release, but know that I’ve got it all noted down.

Love the new callings in v0.8

I’ve been watching this project closely. Is is so lovely!

Thanks! I’ve got a couple more callings currently percolating, although I’m not sure if they’ll be included in the next update.

This is beautiful! Excited to see where this might go!

I love so much about this! Can’t wait to see what it might grow into :)

Thank you, that's an extremely kind review of the game!

Any chances you finish it? I like it (as a Macchiato Monsters fan) but think it can be improved.

I've actually been slowly working on a new version, but keep getting sidetracked by other projects. I'll try to move it back to the top of the pile.

If you have any feedback about parts you like or dislike I'm always happy to hear it! 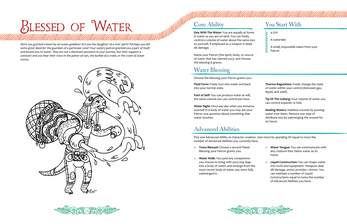 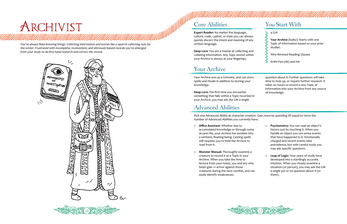 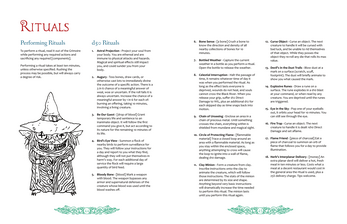